Areas of Knowledge and Education

There are many topics I'm interested in learning about but they fall into five categories:
Schools focus on theoretical topics but have very few classes dedicated to Interpersonal and Intrapersonal skills. Most people don't manages to pick up all these skills on their own so it's something a good education system could potentially help with.
Note that many subjects can contain topics in multiple categories. For example you can learn algorithms to practically apply them and also learn the mathematical theory behind them. While some theory may be always be required, a good education system would let people choose to focus on more practical areas if they prefer.
In future posts I'll outline actual topics in more detail and what I'd like to learn more about them. While it will be a personal list, these outlines could also serve as a potential topics that educational systems could offer.
Posted by Zappable at 11:08 PM No comments: 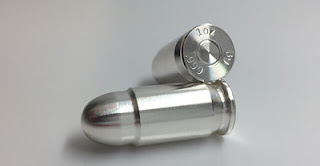 Bryan Caplan on Who to Blame for Poverty

Bryan Caplan spoke today at an online SlateStarCodex / LessWrong meetup about his upcoming book Poverty: Who To Blame. Here's a brief summary of his talk and book, with my comments in italics. (Note: I think this summary is mostly accurate but I missed some of the Q&A and may have missed or misunderstood other parts.)

He then discussed the topics from his upcoming book.
He then discussed the most controversial part of his book, the responsibility the poor themselves have.
He didn't discuss that many in the audience might not believe in free will so they would still think that you should help people who made poor choices. Regardless of one's views on free will, certainly individuals have different natures and nutures and some might struggle to succeed when other people find it easy. While it's fair to factor in how things like welfare can distort incentives to work, it seems extreme to not actively help the poor.

Posted by Zappable at 9:43 PM No comments:

Posted by Zappable at 8:45 PM No comments:

Email ThisBlogThis!Share to TwitterShare to FacebookShare to Pinterest
Labels: science

Posted by Zappable at 8:23 PM No comments:

Email ThisBlogThis!Share to TwitterShare to FacebookShare to Pinterest
Labels: polymathy

Write something each day