Mathematica
Mathematica 9 just came out and it has a bunch of new features, such as a suggestions bar which helps you perform various actions after you enter a query, and support for units, like "centimeters and gigabytes". I think math education should make much greater use of computers, and Mathematica is the most powerful tool to do so. In addition, it has many beginner-friendly features, such as the ones above or the ability to enter input in English if you don't know the Mathematica syntax for something. Perhaps math education should be based on figuring out how to turn real-world problems into a format Mathemtica can understand. 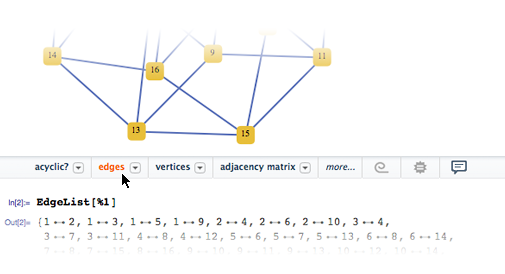 Bing vs. Google
A while ago Google changed their shopping search from being free like their regular search to paid-only inclusion, like PriceGrabber and Nextag.  Microsoft just launched a campaign against Google, calling them Scroogle. It attacks Google for not stating more prominently that the results are paid, and that they even partially base their sorting by how much much a merchant pays.

I don't know if it's such a big deal. Google Shopping used to be filled with all sorts of low-quality sites, and now it's much easier for them to keep it high-quality. However, they have lost Amazon from their results, which makes a pretty big difference. Also, it would be better for the user to not factor in pay when you initially display an item. They don't seem to do that though for a general search, and for a more specific one, you can always sort by price, which wasn't useful when they had low-quality results.

Web Hosts
I made a couple of small changes to the Web Host chart, including adding another free static web host. More of those services should be coming out soon with the announcement of Google Drive support for web publishing. To keep on top of updates and add additional details, I created a Webpage version of my web host guide. This should be the one-page stop for people to find the right web host.
Posted by Zappable at 11:15 AM